Two in One – a Film Photography Project

Part of my film photography project that I call The Unexpected, Two in One is double exposure images shot in two different cities. In this case it was shot in Penang and Singapore. I finished a roll of Fuji Superia X-tra 400 film in Penang and then reloaded and shot that same roll of film in Singapore. See my previous post for other details on how and why I do this project. Below are those unexpected good ones that I like from this series. I love the unexpected, I love surprises.  🙂

The first one here is that famous mural of Little Children on a Bicycle on Lebuh Armenian in Georgetown, Penang. I think I hit a jackpot when I blindly exposed the second image of the Singapore’s Marina Bay, Marina Bay Sands and some tourists enjoying the view from One Fullerton. It looks like they are watching an attraction of children riding a bike on the water of Marina Bay.  🙂 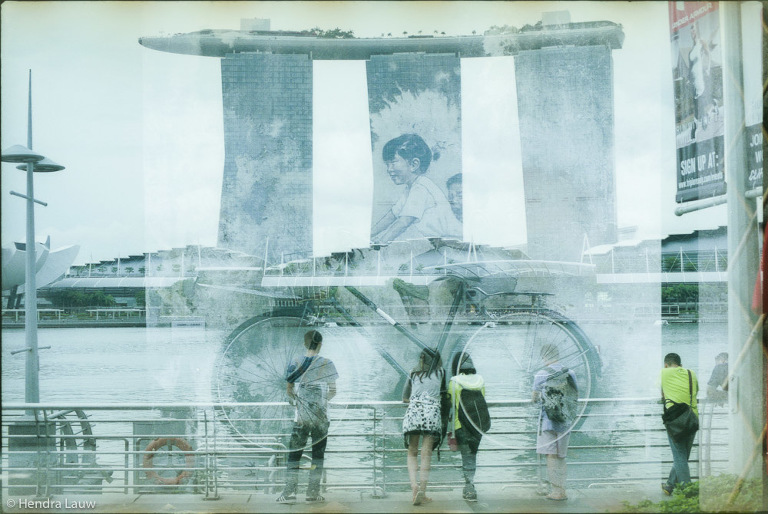 That famous mural on Armenian Street in Georgetown, Penang, Little Children on a Bicycle by Ernest Zacharevic, and image of Marina Bay Sands and people enjoying the view from One Fullerton.

I always thought that the two little children were just the imagination of the artist, but a friend of mine from Penang said he knew both of them. The artist actually used them as the models for his mural. 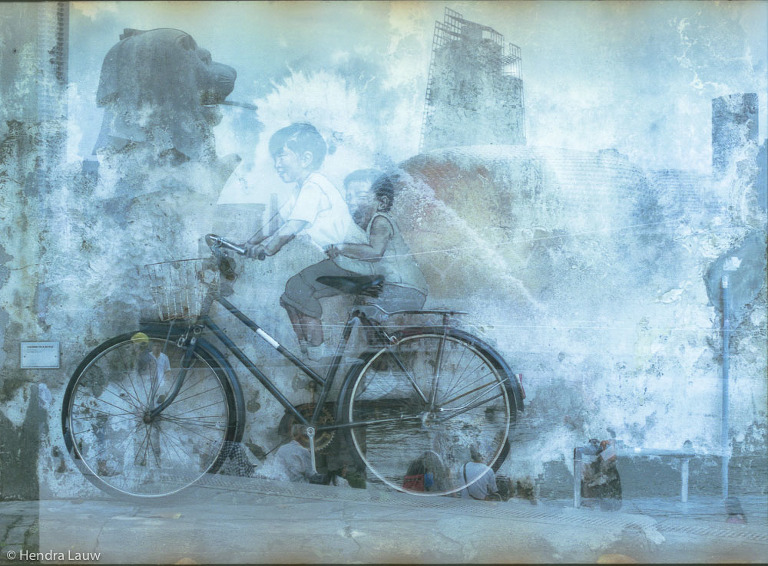 Penang’s iconic mural in Georgetown and Singapore’s The Merlion at One Fullerton.

Another favourite of mine below. The images really blend very well. The wall where the mural of the Boy on Chair on Lebuh Cannon in Georgetown, Penang looks like a wall on North Bridge Road in Singapore. Another good surprise. 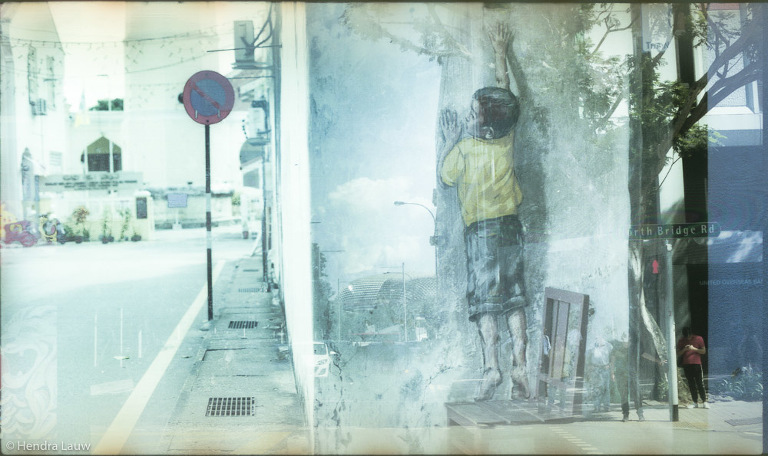 This is another favourite of mine. A mural of an old lady selling soy milk to a little boy on a narrow lane off Gat Lebuh Chulia in Georgetown and the Singapore’s Central Fire Station. Doesn’t the mural looks like they are painted on the wall of the Fire Station? 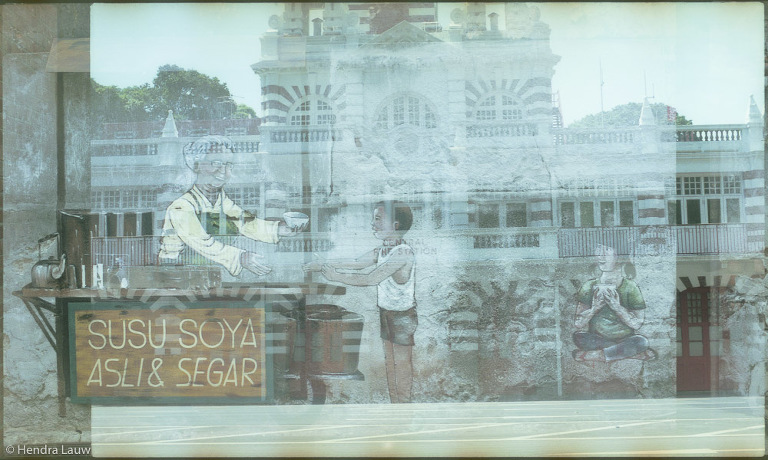 I love this project. Will be shooting more for this series. I still have one roll from my Penang trip that I have not exposed yet with Singapore’s images. I have a Japan trip coming up soon, so I may decide to have a Penang – Tokyo series instead. Let’s see. Enjoy the rest of the images below. Share with your friends if you like this project. Thank you. 🙂 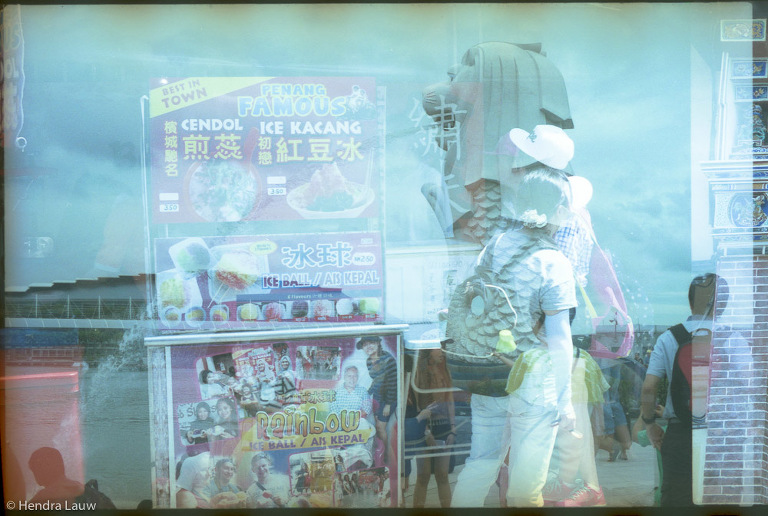 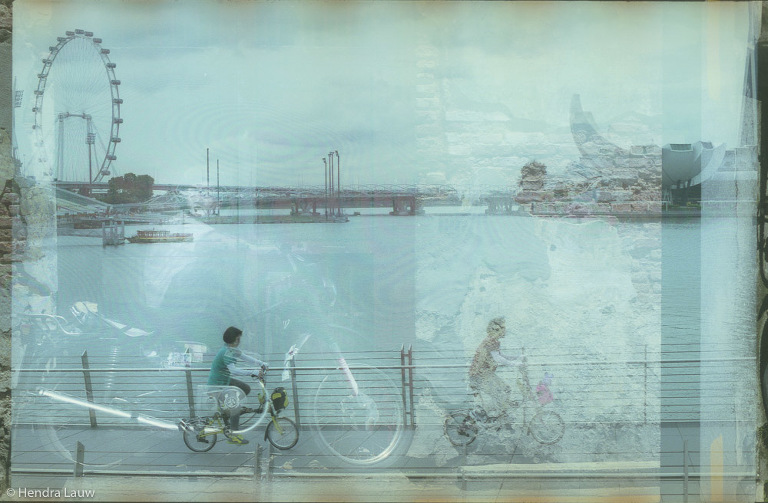 The mural of Old Motorcycle on Lebuh Ah Quee in Georgetown Penang and Singapore’s Marina Bay and the Jubilee Bridge. 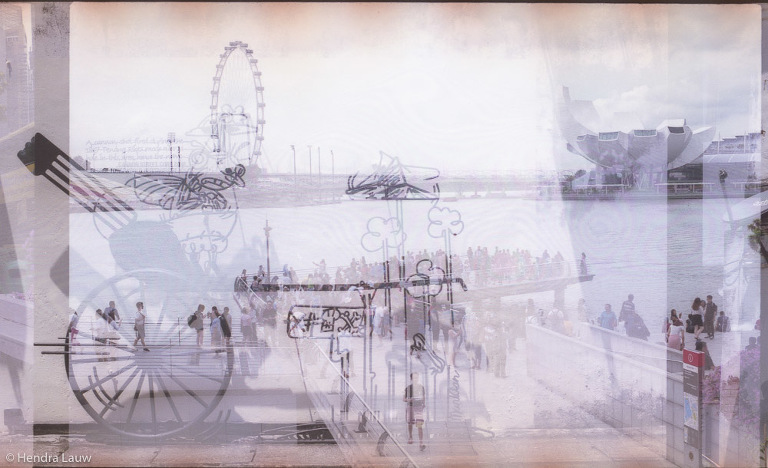 A Cannon Hole street art on Lebuh Cannon in Georgetown Penang and Singapore’s Marina Bay and One Fullerton. 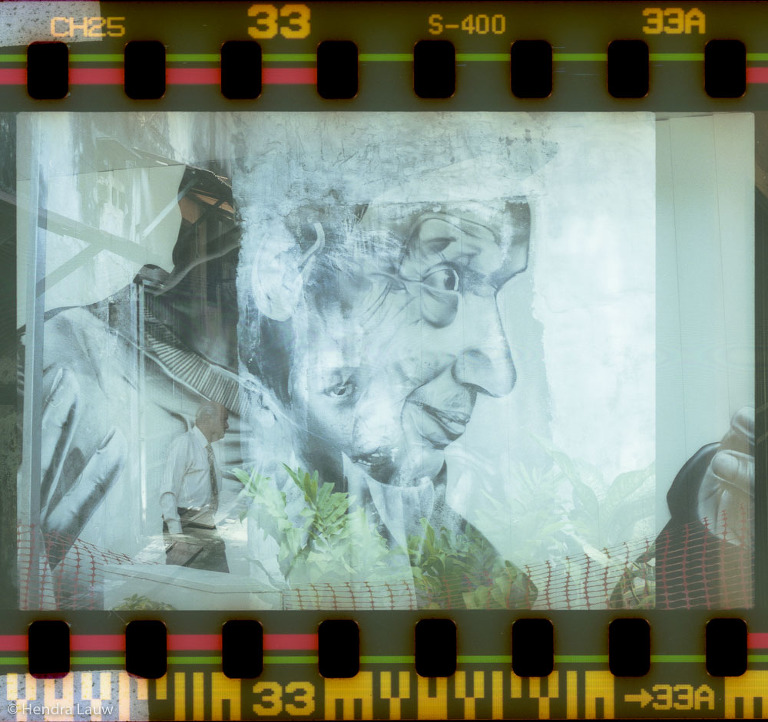 Mural of a Boy at Prangin Canal in Georgetown Penang and mural of a man and a man walking at a construction site at Funan IT Mall in Singapore. 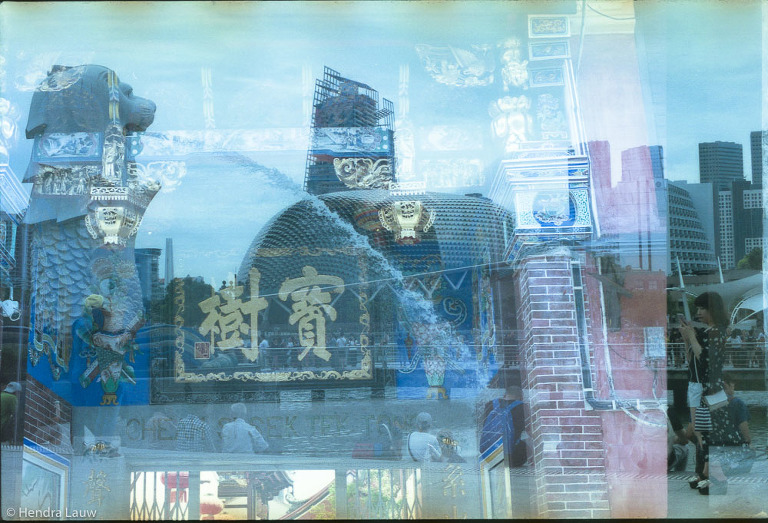