Super blue blood moon and total lunar eclipse happened last night, 31 January 2018. Visible quite clearly from Marina South Pier in Singapore, where I was with my tripod and camera.

Super blue blood moon refers to an astronomical event where you have a lunar eclipse, a blue moon and a super moon at the same time. A blue moon is the second full moon that occurs in the same calendar month. Very rare, happens only every two years and eight months. Note that the moon does not appear blue, but it’s called blue moon because of its rarity. Once in a blue moon, remember this idiom?.

A super moon happens when a full moon is at its closest distance from earth and hence appears bigger than usual.

And lastly, the blood moon is the full moon during the total lunar eclipse. It changes color and appears red. In Singapore last night, with naked eyes, we did not see the moon that red. The color changed but not red. It became more “warm”. Maybe because of the pollution level or something else. But the images out of the camera do appear red, like the ones you see below. I did not change the color. The sensor in the camera seems to be more sensitive and was able to record the red color more than our naked eyes.

I arrived at the location a bit late, hence I did not see when the partial eclipse started. The moon was already covered by about 50% or more. But, here is the (almost) complete sequence of the lunar eclipse, the blood moon and the super moon of the blue moon. 🙂 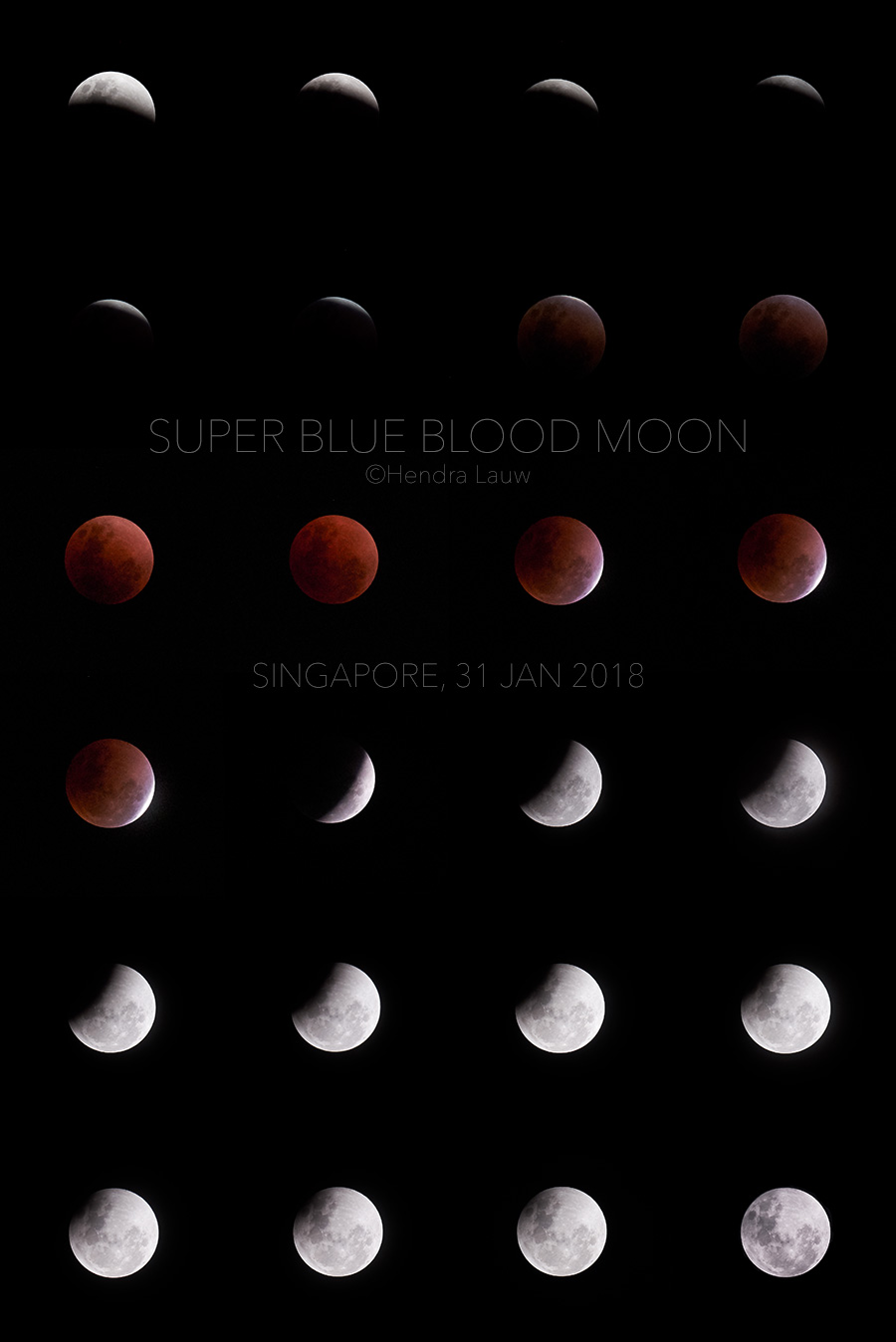