Inside a Barber Shop in Bangalore 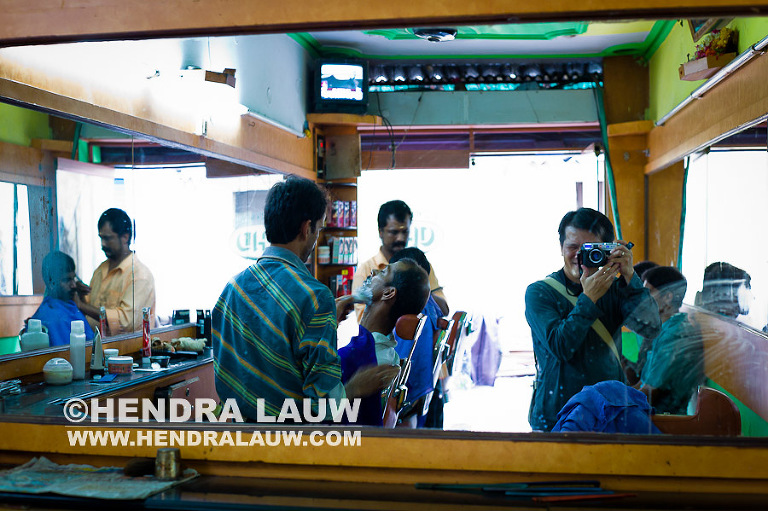 I have been very busy since I came back from India. So, my apology for being quiet here in the past one week. I am back now and excited that I may be able to go to India again in October. Not for work !!!!!  I also have other thing I am excited about, but can only share when it really happens. For now, only hoping it will happen.  🙂

I shot the above photo near the Shivaji Nagar market in Bangalore. I asked the guy using my sign language if I could come in and they agreed. So I came in and helped myself with shooting some images of them working and when I saw the big mirror, I couldn’t resist to shoot everybody including me! Cool huh. I was blocking the two guys who were waiting for their hair to be cut, otherwise you could see all 7 people in the photo clearly. The contrast was way too high for the sensor to handle. The outside lighting was too bright, hence you could see the white areas in the background.

I love interacting with people when I am out shooting in a foreign land regardless whether or not they allow me to shoot them. How I wish I could speak all languages, but I have learned that the best language to start a conversation and/or connection with others is our smile. Never mind if you don’t get to shoot them because they don’t want you to. Just try to make a conversation with them. 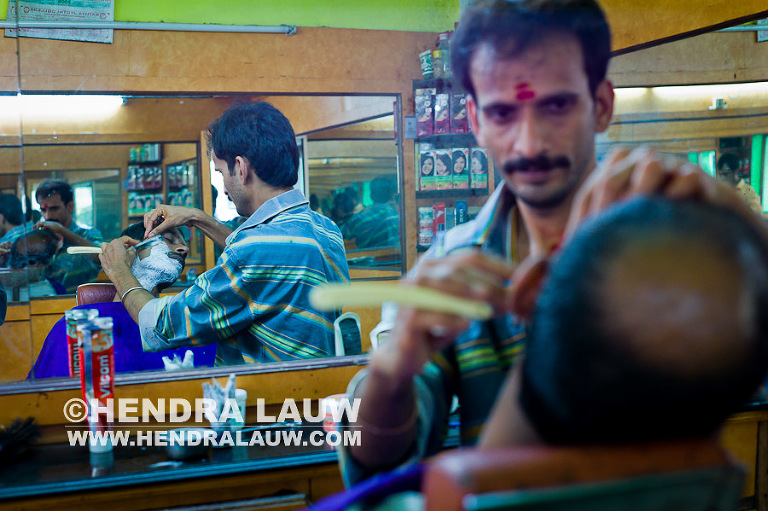 By the way, I have the black and white version of the first photo above. Which version do you like the most? All photos shot with Leica M9 and Zeiss Planar 50mm f/2. 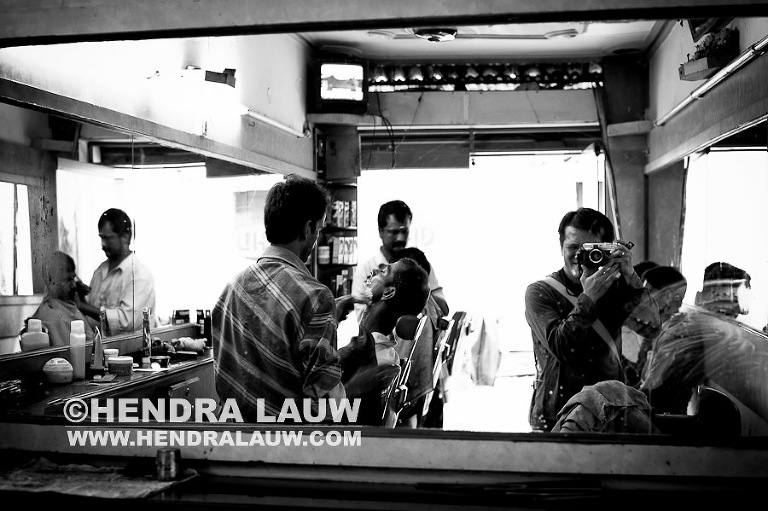 And last but not least … have you voted today? If you are new here, this blog has been nominated as one of the 10 Finalists for Singapore Best Photography Blog 2011. Voting is open until July 3. Anyone can vote, including those outside of Singapore. Just register and vote here.